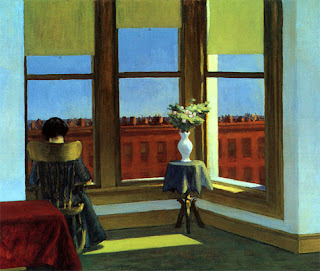 First an apology.  I did mean to get round and visit this past week, but as I expect most of you are aware, we are living in interesting times in the UK at the moment and let me tell you it is truly the curse that Confucius said it was.  After what might be called 'a close encounter of the Hoodie kind' on Tuesday, I'm afraid my mind has been on things other than blogging.  In fact for most of the week there have been three bags by my front door, one full of necessary paperwork, one with a change of clothes and the third ready to throw The Bears into so that we could be out with the essentials at a moment's notice.  (Some of you don't know about The Bears, but those that do will understand - I am going nowhere without them!)  For the moment, things seem to have become more peaceful and I'm hoping that I will be able to unpack, but we all know about chickens and hatching and counting, so maybe I should wait awhile longer.

In the meantime, life has had to go on.  We had a very successful Music Summer School and I now know a lot more about the concerto than I did before.  Donna, I hope you're reading this and very glad that you chose to 'crawl out of the woodwork'.  I don't know of a book, but there is an excellent set of lectures published by The Teaching Company on the concerto.  I can't recommend them too highly.  In fact all their music series are superb.  They can be a bit pricey, but if you wait until they come round on sale you can often get a real bargain.

What has suffered this week has been the reading for the Literature Summer School.  I have managed to read The House on the Strand and do the background work on the historical novel in general (although I still have that to write up) but the other two books remain untouched and I absolutely must get down to them.  I did watch a really fascinating interview with Daphne du Maurier made for the BBC in the very early seventies, just after The House on the Strand  had been published.  Television has definitely changed!  She chain smoked throughout.  That wouldn't stand a chance of getting on screen these days.  What I found most interesting was that the only moment her eyes really sparkled was when she was asked how she felt about being the main breadwinner once her novels started selling.  "I loved it," she said.  "It gave one the power."  Very telling, especially in the light of the particular book we've been reading, which in many respects is about power and the way in which it is abused.  If any of you want to see the programme just put Daphne du Maurier BBC interview into google and it should be the first item that comes up. 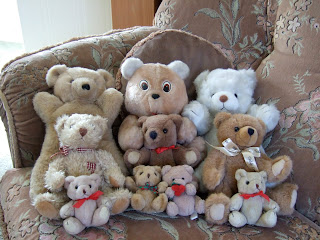 Other than that it's been a relatively quiet week.  This afternoon I'm going to a garden party one of my goddaughters is organising to say goodbye to us all before she goes off on her gap year next week.  She's off to a remote area of Guyana to teach science and maths in a newly established school for girls of eleven to fourteen.  I am inordinately proud of her.  The Bears have a special invite and will be going in their Sunday best.  They say you should see a picture of them, so here they are looking as if butter wouldn't melt in their mouths.  Don't you believe it.

Have a good week.